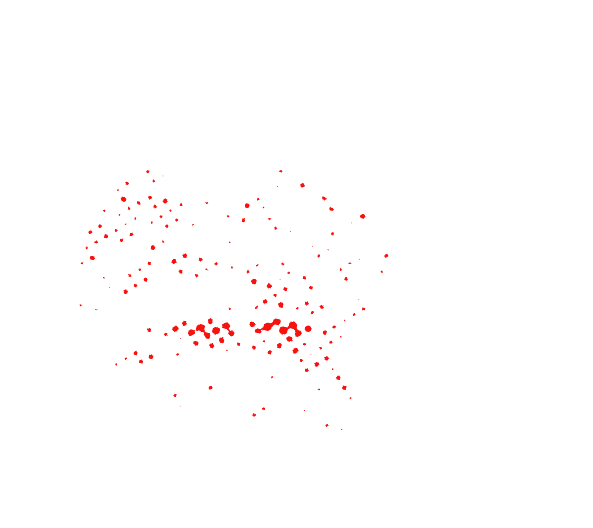 THE TEAM BEHIND THE GOOD TIMES

The multifaceted business is managed by a team of people who share the passion for offering great drinks, quality live music entertainment and tasty pizzas in a safe environment and friendly atmosphere.

Having graduated with a BA in Business Decision Analysis, Russell acquired a management position at Fuller’s Brewery, then branched out into event management. He became established as the ‘go-to’ man for activating and running high-end events, such as China White at the Cartier International Polo. Russell was head-hunted as venue-opening manager by Gordon Ramsay Holdings, which is where he developed a strong desire to work for himself. This led to the opening of Grafton House Restaurant and Bar in 2004 alongside his brother, Howard. In 2010, Russell came across a small venue in Clapham Common’s Venn Street that was up for sale, believing this was perfect for his next business venture. He ran through the idea with his brother, and together they invited Tom Jackman to become part of the team.

From his teens, Howard was hands-on in the family-owned holiday parks and hospitality venues, and following his graduation with a BA in Business Decision Analysis, he took the role of Financial & Operational Director at the family-run Leisurecare Investment Group Ltd. Howard then joined his brother Russell to launch Grafton House Restaurant & Bar. Fuelled by his ambition to put live music back on the map in London, Rocket Leisure was formed with his two business partners in 2010. Dedicated to continuing to build the Rocket Leisure portfolio, Howard spends a lot of his personal time deep in brand research across the many bars & clubs in the capital.

In his 17 years in Licensed Hospitality, Tom has opened and managed operations for cocktail bar groups, gastropubs, nightclubs, karaoke bars, traditional pubs and several restaurants. He co-founded Rocket Leisure Ltd in 2010 opening Venn St. Records the same year adding Northcote Records in 2013 and Old St. Records in 2016. He is a passionate champion of live music, great drinks and customer service.

Having trained as a classical musician from the age of five, Steve has performed at all the UKs major concert halls (even for Royals at Buckingham Palace), toured the UK and Europe with ensembles and worked with artists as diverse as Bernard Haitink and Sophie Ellis-Bextor, appearing on multiple TV & radio shows. Steve’s work in popular music has seen him create and develop his own array of nine acts, ranging in style from Hip Hop to Funk, and Ska to Big Band, all of which draw from his hand-picked pool of top young musicians. He has worked with Rocket Leisure for almost 10 years and is currently booking and overseeing in excess of 1000 gigs per year across the Rocket Leisure group.

Before joining Rocket Leisure, Katie worked on the Audi account at a busy London PR agency where she covered lifestyle PR, events and the press social media accounts. A born and bred South Londonder and self-professed Instagam addict, she also founded the Instagram account Battersea Beat for all things happening in SW11 - not least Northcote Records! With four years of PR experience under her belt, Katie joined the team to combine her passions for social and great nights out.

Richard started his journey in hospitality at the age of 16, working as a waiter with Pizza Express in Gatwick Airport. Whilst studying for his degree he developed his skills as a cocktail bartender and has since gained experience in a number of management roles in pubs and bars in London, most notably with The Adventure Bar Group and Be At One. After joining Rocket Leisure in 2014 as the General Manager of Northcote Records, he now works across the group, managing the companies external contractors and assisting the General Managers in the day to day running of the venues.

After starting her finance career in the stockbroking market, Lorraine took on an HR and Finance role at Crystal Palace Football Club where she stayed for six years, looking after payroll for 600 employees while assisting with recruitment. Lorraine joined Rocket Leisure in 2015 and supports the directors with office management and accounting duties.

Having spent seven years bartending in various bars around the world - from dive bars to bars in the mountains - Isy secured a role running the reservations for Nightjar and Oriole, both of which feature on the list of top cocktails bars in the world. After honing her skills for two years, she joined the team at Rocket Leisure where she handles all the reservations and private hires for the Records Bars portfolio.

The original Records venue, with its live music, cocktails and guaranteed good times, is just a stone throw away from Clapham Common tube station. With a raucous reputation for badass parties since 2010, Venn St. Records is one of the most popular haunts in South London.

Situated on Northcote Road in the heart of Battersea, Northcote Records is a short walk from Clapham Junction station and has been partying hard since 2013. Expect live music six nights a week, a delicious cocktail & pizza menu, and heated outdoor seating that comes alive in summer.

A five-minute walk from Old Street tube station in the heart of Shoreditch, Old St. Records has been playing host to the best parties since 2016. A dynamic space that guarantees both wild nights out on weekends and more relaxed weeknights for post-work. With two floors, Old St. Records can host private room and full venue hires, as well as group bookings.

Since opening, the Records bars have hosted over 3,500 live performances, showcasing the talents of everyone from local neighbours in weekly open mic nights, to regular sets from international DJs such as Gilles Peterson, and resurgent pop performers like Kate Nash, who launched her recent album at Old St. Records.

We're always on the lookout for dedicated people to join our team. Want to work for us? Get in touch below.